Kleshas are thoughts, but they are a specific type of thoughts that are particularly problematic. We consider them problematic or even poisonous because they cause us suffering and indirectly they cause others suffering as well. According to the Buddha’s teachings in both the sutras and the tantras, all kleshas or mental afflictions can be summed up in five categories, and those can be further reduced to three. These are usually referred to as the five poisons or the three poisons because they are poisonous if they are not remedied.

The first klesha is attachment, which can be attachment to anything such as food, wealth, pleasure and so on. This is poisonous because being attached to something causes suffering.

The second klesha is aggression. Aggression has many varieties such as hatred, holding a grudge, spitefulness, malevolence and so on. All of these are varieties of the same basic klesha.

The third klesha is apathy, which is a state that arises from ignorance or mental dullness.

The fourth klesha is pride, which in this case is holding yourself to have qualities which you don’t possess.

These five types of kleshas do not normally arise simultaneously. The reason we consider the kleshas problems is that they can simply ruin our lives. They can certainly ruin our practice of dharma and especially our practice of meditation.

So the first step, of course, is recognizing that a klesha has arisen. Normally we don’t recognize even that. Normally when a klesha arises it takes hold of us before we are even prepared to admit that it has arisen. At this point, having learned what the kleshas are and having come to admit that they arise has prepared you to recognize and acknowledge them when they do arise.

So therefore once you have recognized the arising of whatever klesha it is, then you simply look directly at its nature without altering anything, without attempting to alter your mind or the klesha. As you look at its nature you will experience and recognize its nature. In order to do this of course your mind needs to be somewhat relaxed, but also you need to have a lucid awareness.

Seeing its nature is the same as in the previous case with thoughts in general. While the klesha does not particularly disappear, because its nature is recognized it is no longer poisonous or problematic, and even while it is still present, before it has vanished it becomes an aid to meditation.

If you have known about Buddhism for years or if all you know is that you're pretty sure it starts with the letter "B", then Heart of the Buddha is for you.

It's been four decades since I stumbled across Buddhism and, in some ways, I've been stumbling ever since. I admit, many aspects of Buddhism have always interested me and so in this blog I may gleefully ramble from A to Z, meaning from Amida to Zen.

On the one hand, I'm trying to highlight teachers or people who have a small part of their Buddhism to show you. Hopefully, one or two might inspire you to do a little looking via your friendly Google search engine. For example, David Budbill, one of my favorite poets, or Thich Nhat Hahn, a personal favorite when it comes to teaching.

On the other hand, I am offering up some of my own meager insights and ideas. But let's not get too weighty. After all, I do have to admit, one of my favorite memories in life was spending time at a Buddhist Monastery populated by monks from Thailand and Burma and standing in the shade away from the hot Texas sun. They offered to get me a drink -- and I envisioned Thai tea or something. Instead, there I was with the robed monks, swigging back bottles of Big Red.

So, enjoy. Visit often. Pick out a lawn chair and I'll go get a bottle opener. 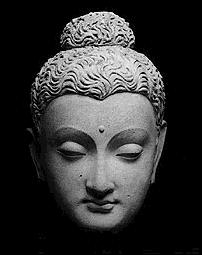